The Sacramento Kings are entering the 2015-16 season with high hopes. George Karl seems to have patched things up with DeMarcus Cousins and even though Vlade is the GM, things are looking up for the Kings with a new stadium coming next year.

The Kings/Warriors rivalry has never really gotten rolling seeing as the two teams have never enjoyed success at the same time, you can read about it here with this eloquent Fanpost by GSoM'er Parvenu .That doesn't mean we, as fans, don't feel a Sac/Bay rivalry when the games are played. One of my close friends is a Kings fan and even he has to admire what we have going on over in Golden State. 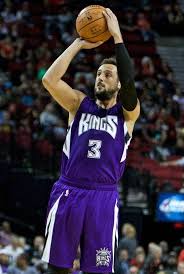 The former Warrior made his way from San Antonio to Sacramento this offseason, a trip that must be resemble being in Bizzarro World after being under the steady leadership of Pop and the rest of the Big 3. What Marco has left in the tank is his three-pointer, although his average dipped a little bit last season from a career high year the season before. Still, at 29 years old, Marco is a solid pickup for the Kings. 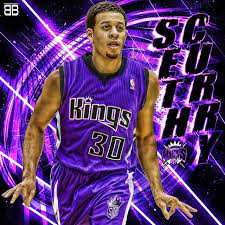 Another former Warrior added into the mix for our upstate rivals. I'm pretty sure everyone on this board knows everything they need to know about Seth so, nuff' said. 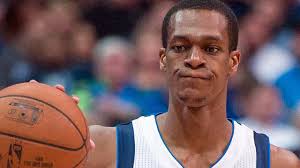 Riddle me this; which Rondo did Sactown get? The 2009-10 Celtics Rondo or....? Whatever Rondo decides to show up, Sac has played it cool by giving him a 1 year, 10 Million dollar 'Prove it' deal. Rajon has never played a complete 82 game season and has dealt with various adversity during his career. 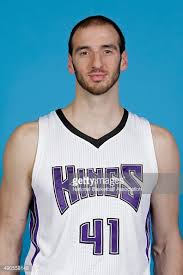 No lie, one time my gf and I were watching a Warriors/Grizz game and out of nowhere she yelled at the screen and said "Koufos, you big Doofus!!!" Not sure where the animosity came from but at the time it made me laugh out loud. Kosta is a decent rotational player and his signing is one of many by the Kings that actually make sense. 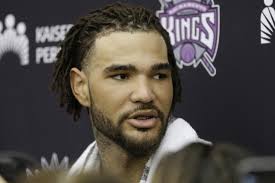 Cauley-Stein was seen by some draft analysts as the safest pick in this year's draft. A lockdown type defender, his offense has major holes in it. Some whisperings have suggested that the Kings intend to jettison DeMarcus Cousins in favor of the young Stein, ostensibly because of the festering rift between head coach George Karl and Boo Cousins.

At 7'1" , Stein has a two inch advantage over Boo, he's also about 30 pounds lighter than Cousins but I'm sure he could boost his mass with a few offseason training regimens under his belt.

The Kings, without a doubt, have gotten much stronger this summer. Free Agency was productive, Vlade was promoted to GM and they drafted a defensive stud C.

Will the Kings make the playoffs in the ever-deadly Western Conference? Highly unlikely this season. Realistically, if Sacramento goes just a few games above .500, it will be considered a major success.

If you are interested in seeing the Kings live and in person this year, consider going with the GSoM crew this upcoming January, tix are cheap, $49 if I remember correctly and are a lot cheaper than what the Warriors tickets are selling for.

How Much Did Sacramento Improve Over the Summer?