I was recently within about two days of moving to Phoenix. I had packed all of my stuff up and even flew out to advance scout some condos to dwell in. But then, I noticed Phoenix is very, very weird, or should I at least say the People in Phoenix are weird. My girl and I opined on why that was so, and we came up with ding ding ding, you guessed it, the weather. Months on months of 100+ degree days certainly has to take a toll on your body, as well as your mind, of which mine is in a Golden State at all times. So we ditched those plans and cut turf to beautiful South Lake Tahoe, lest we become mindless, desert dwelling zombies!

I also have to note that in Phoenix we weren't going to be seeing any #Dubs games except the nationally televised ones(and we are lucky to be blessed this year with so many on the nationals) and the games versus the Phoenix Suns. Luckily here in South Lake, we still get CSNBA and will see our beloved Warriors every single game AND be blessed with excerpts from the 'Book of Barnett.' In case you didn't read the first State of the Pacific ,(and whatever Could you be thinking if you didn't?!?!?!?) there's the link, be sure to vote if you get a chance. Anyways, enough about me and my crazy life, on to the Suns. 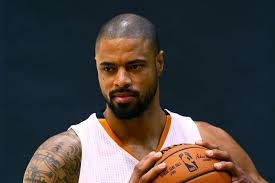 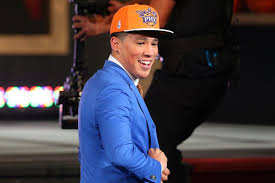 The Phoenix Suns looked to increase their depth and potential during the FA period. From the outside looking in, it appears that they may have just done that. Tyson Chandler is the obvious big name addition to this team but is already 33 years old. Also, don't be surprised to see Brandon Knight put something together down there in the Valley of the Sun.

They still have Eric Bledsoe and news out of the 85004 is that T.J. Warren could possible be starting at SF. Markieff Morris obviously couldn't share the floor at the same time as Warren, due to a lack of three point shooting. Speaking of Markieff, it looks like he won't be traded, even if he requested it but did sit out for a pick-up game over the weekend, is that a sullen athlete, in a mistaken case of Diva-ism, not playing or was it a legitimate hip issue? The jury is still out on the remaining Morrii twin in the desert, possible trade looming before the season opens is definitely in the cards.

Devin Booker has been compared to Klay Thompson. I'm not willing to go that far but I can sure understand the Suns' fans and their ceiling for this young kid. After only one year of college at Kentucky, he sports a nice 3pt percentage of .411 and a .470 fg%. Klay, for what its worth, posted lower career college stats than Devin, but he also played 3 years and developed his stroke for the NBA game, which is priceless. Booker can be a great addition to this team that can contribute early.

Drop a rec if you feel the piece deserved it and don't forget to Vote!!!!

Phoenix Suns, what type of year do they have???