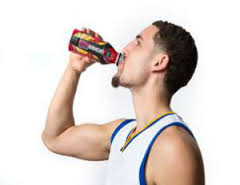 Klay, two games, two airballs. He came out thirsty tonight in the first quarter driving to the rim multiple times before 5 minutes had elapsed. Then, with about 4:50 left in the half, he tosses up a corner 3 AIRBALL!

For those of you who may have missed the game against the Nets, this is his second offense in as many games.

Klay, in my opinion(why does it have to humble anyways?)needs a breather. Brutal road schedule coupled with his midsummer Olympic heroics has taken a toll on the young man's legs. We've rested everyone EXCEPT Klay. Barbosa, Curry, Speights, Bogut and Iguodala. Logic(to me at least) says that he's due for a game or two off. Will Steve Kerr come to the same conclusion? Your guess is as good as mine.

Should We Rest Klay?