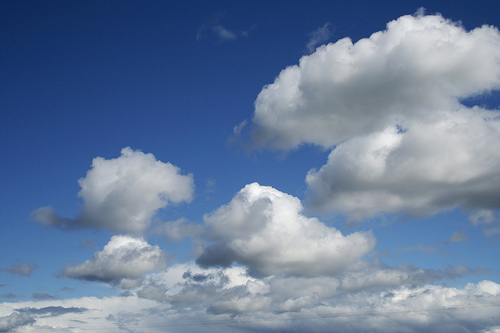 It's been twenty-four hours now since our collective hearts were ripped out. And I, I'm sure like the rest of you, have been going through much mental gymnastics.

I've been watching my sports teams now for over 27 years, and it is safe to say no part of any of their narratives has caused me to hurt as much as last night's loss.

I have things to do, and need to stop dwelling on something that is inconsequential to my normal life. I need to find closure. I need a way to make peace. If a fan can find their bright spot amidst the gloom, they can move on. I've envied those that have found their optimism on this site. I've read all the reasons.

Walk with me as I try to find my silver lining, and maybe you will too...

We Were Not the Better Team

To some Warriors fans, this is solace. The Cavaliers wanted it more. Lebron James is the best player on the planet. The Warriors' flaws were magnified in the postseason and we struggled with consistency. We never had to overcome true adversity. We were outplayed and had no answers. There is no shame in being beaten by the best.

Except I find all the above sentiments couldn't be further from the truth. So then my silver lining must be...

We Are The Better Team

The Warriors showed that when both teams are full strength, the Cavs could not contend. Fouls, injuries, NBA interference, or Western Conference fatigue, the Warriors were fighting with additional forces external to the game on the court. In a 100-game series with both teams healthy, no fatigue, and fairly called, the Warriors would win 75-25. Regardless of the outcome, we are still the best in the league.

While I agree, it is an empty silver living. "Would've" and "could've" are meaningless. Perhaps the answer lies ahead...

The Future Is Secure

The core of Steph, Dray and Klay is here to stay. Around that trio of stars, we will be a contender for years to come. The role players may shift, but behind these three, we will always have a competitive season to look forward to.

However, the future, unfortunately, is never secure. Injuries, chemistry, retirements...and more, have destroyed legendary teams no matter how stupid, far-fetched, or unlucky they may be. Though I want to agree, my silver lining at my lowest sports moment cannot hang on any uncertainty. I need a stronger foundation to build upon. Let's look to the past...

The curse has already been lifted. The team has already proven itself. It is only 1-1 between Cavs and Warriors. We have experienced so much success in the short reign of Curry, Kerr, Lacob and Crew. Winning two in a row has become increasingly more impossible in professional sports as the League strives for parity.

But I've always preached that recent trumps past history. I've been vexed by the narrative that the Cavs would have won last year with a full-strength team. Instead of simultaneously earning respect back for last year's win, and cementing ourselves as one of the greatest teams of all time, we lost both in one game. Though I will always cherish what we accomplished last year, it is not enough to overcome this year's grief. Then the best silver lining must be...

Records. Wins. Win streaks. 3-pointers. Back-to-back losses. Home court. All Stars. MVP. Coach of the Year. 3-1 comeback. Game 7 finals. This is the reason I see sited most for optimism since yesterday's defeat.

However, this may be the weakest yet. It is not a silver lining, but a dark cloud. It is not the reason to cure my sadness, but will ensure it follows me the rest of my life. Every game 7 finals. Every Lebron James "X" number of rings talk. Every single-season record talk, inevitably followed by *did not win the finals. I will be reminded. It is the price to pay for coming so close to glory and falling, but this will ultimately be the reason I won't be able to forget.

I've arrived at a dark place. Here I stand at the edge of a cynical cliff staring off into endless abyss. The possibilities have run out. There is no silver lining. I can't justify it anymore. If I, as a fan, cannot come to terms with defeat as the other fans...why continue to do this to myself? It's time to abandon the sports I love.

We live in a world where a singular act of evil is more powerful than 10 acts of good. If the pain of one lost championship outweighs the joy of attaining five, I'd be foolish to hope for those odds. And the joy of once being an underdog is gone. There is no winning anymore.

I witnessed one of the greatest single seasons of my time, played in the Bay Area I grew up in and I love. Nothing can compare ever again...but, nothing can ever be so terrible again...

I realize there is no where left to go. This is it. The edge of the cliff is my silver lining. Sports can't and won't ever be worse than this. This is the worst loss I've ever experienced, and if you tell me it can be worse, then it is a hypothetical I can't imagine. All the reasons above make it impossible for a loss to affect me like this. This assuages my fear and stress just enough. And to some this reason is weak, but for me it will suffice. See you again next season, Warriors.

What is your silver lining?

What is your silver lining?