Disclaimer: This FanPost is most likely full of information that you already know. If you find that to be the case then feel free to ignore the content that follows. It's sort of catered to those who just recently started following the Warriors, perhaps those new to GSoM, or basketball junkies who can't get their auditory fill.

A few years ago, not long after creating a GSoM account and finally deciding to post rather than lurk in the shadows, I randomly asked, in the middle of a postgame thread, if anyone knew of any good podcasts that focused on the Warriors. I can't remember exactly who responded (my apologies), but several posters were kind enough to share a few with me, all of which are still staples in my daily/weekly listening.

With that, I thought it might be useful here to present a collection of podcasts that always, often, or sometimes focus on the Warriors. The list below comes with a brief summary of topics covered, the frequency of new episodes, and a link to the iTunes version (several of these, however, can also be found on Stitcher, Soundcloud, or elsewhere as well). If you happen to be on an Apple device, clicking the iTunes link should gSo, without further ado...

PODCASTS THAT ALWAYS OR OFTEN COVER THE WARRIORS 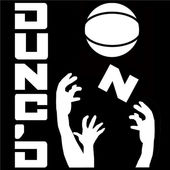 Nate Duncan plays host and Danny Leroux is often a co-host. Together they preview the team's strengths and weakness, analyze the salary cap, and do postgame breakdowns that will be in your queue the same night or that you can listen to during your morning commute. Sometimes Nate Duncan will get other analysts from around the league. One of the more recent podcasts featured Ethan Sherwood Strauss previewing this upcoming Warriors' season. New episodes come out every 1-4 days. 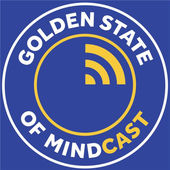 GSoM's very own Nate Parham, Bram Kincheloe, and Ivan Bettger breakdown anything from recent games to roster moves to rumors. The Mindcasters bring a fresh and unique perspective on life, basketball, and all things Warriors. It's always lighthearted and full of laughs, and you never know what analogy Bram will come up with next. Guests have included other SB Nation writers and analysts along with national sports journalists. New episodes come out every 2 weeks or so. 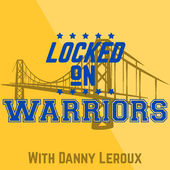 This is Danny Leroux's new podcast. To date, there have been 10 podcasts. His guests the first week were other "Locked On" hosts (Danny called them crossover podcasts) from the following teams: Rockets, Spurs, and Blazers. This week he broke down all 5 positions (PG, SG, SF, PF, and C) for the Warriors in separate, daily podcasts. The guest list included Sam Vecenie, Anthony Slater, Tim Bontemps, and Jonathan Tjarks. New episodes come out every weekday. 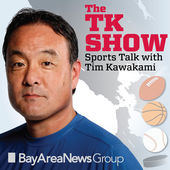 Tim Kawakami, of the San Jose Mercury News, breaks down games, team chemistry, and other relevant topics pertinent to the Warriors. Guests have included Steve Kerr, Ron Adams, Joe Lacob, players, broadcasters and fellow journalists, and the list goes on. New episodes come out every week or so. 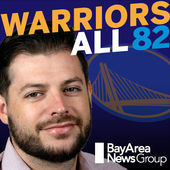 Anthony Slater, who was recently hired by BANG after several years of covering the Thunder, only started this podcast a month ago. Guests have included fellow journalists Tim Kawakami and Marcus Thompson, rookie C Damian Jones, and most recently newly hired Assistant Head Coach Mike Brown. New episodes come out every week or so. 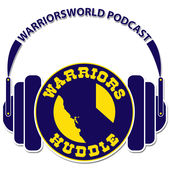 This is a offshoot of Warriors World, so to speak, yet its own thing entirely by itself. Bram, and his co-host Scotty, will dissect anything and everything Golden State Warriors. Guests have included the likes of Jim Barnett, Ethan Sherwood Strauss, Former Thunder Mascot Sadiki Fuller, and regular Rusty Simmons of the San Francisco Chronicle. New episodes come out every 2-3 weeks. 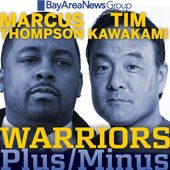 This is a great podcast if you want inside information on the team as both Marcus Thompson II and Tim Kawakami are beat writers for the team. Together they cover a variety of team related topics and anyone from Bob Myers to Steve Kerr to Jarron Collins has appeared on the podcast as a guest. Players and other national writers are often featured guests as well. New episodes come out every 1-2 weeks. 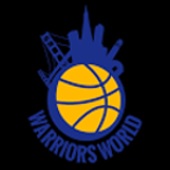 This might be the craziest of all of these. J Ram, Sheed, and Mek bring a unique flavor to covering the Warriors. Sometimes its brash in its style, but it's all in the name of good fun. Guests have included the likes of Adam Lauridsen, Kirk Lacob, and Lil B. To sort of borrow from Klay's quote earlier this summer, this is the Draymond Green of podcasts. It's so versatile in its coverage and loves talking s**t. New episodes come out every week or so.

PODCASTS THAT SOMETIMES COVER THE WARRIORS 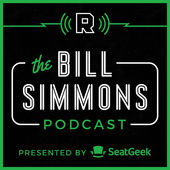 This is Bill Simmons' self designed podcast. After leaving ESPN last year, he sought to recreate the B.S. Report without all the hang ups and restrictions that come with working for a corporate entity. It covers a host of topics from all over the NFL and NBA and still includes regular guests like Joe House and Cousin Sal with a smattering of NBA players and league analysts here and there. New episodes come out every week or so. 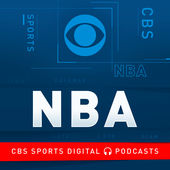 Host Zach Harper covers anything from game analysis to trades to rumors in this podcast. Matt Moore or James Herbert, also both of CBS Sports, usually co-host and aid Zach in deep diving into the league as a whole. It's a more lighthearted look at the NBA landscape. The Warriors were a frequent focal point last season, as they were on every podcast, but Zach does a good job of bringing in other national journalists to give his/her perspective on the other 29 teams too. New episodes come out every 2-5 days. 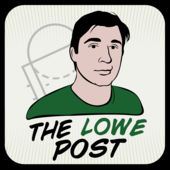 This is the crème de la crème of basketball podcasts. Zach Lowe has basketball clout the likes of which most of us only dream of. Guests have ranged from current and former coaches to broadcasters to fellow journalists to players present and past. If you're a true NBA fanatic, you have to give The Lowe Post a listen. New episodes come out every 1-7 days.

NBA A to Z 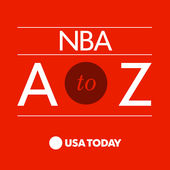 This podcast is my diamond in the rough. I will admit to being biased given that I love Sam Amick's work. He and Jeff Zillgitt co-host and get into all matters relevant to the NBA. As a national beat writer for USA Today, Sam is able to procure interviews with elite guests from any and all facets of the league. Most recently, he interviewed Steph Curry a few weeks ago about his feelings on game 7. Even though he covers all 30 teams, he does seem to have a fair amount of Warriors' related podcasts. New episodes come out every 1-7 days. 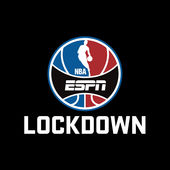 This podcast occasionally focuses on the Warriors, though most of that was the result of last season's team starting out 24-0 and Steph going ham. With KD on the roster now, and expectations that will likely exceed reality this upcoming season, I'd expect this trend to continue. Jorge Sedano and Israel Gutierrez usually host, though Amin Elhassan is also a frequent co-host or featured guest. New episodes come out every 3-5 days. 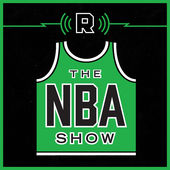 To be honest, this is probably my least favorite of the podcasts that I'm including here. It's a Bill Simmons product under the banner heading of Ringer, but it's also directionless at points, in my opinion. The worst of it is the "Sources Say" episodes where Juliet Litman and Chris Ryan discuss rumors and bandy about the league at near TMZ levels. Otherwise, Jonathan Tjarks, Danny Chau, Tate Frazier, and occasionally Bill Simmons himself will host the podcast. New episodes come out every 2-5 days. 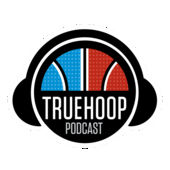 Since Ethan Sherwood Strauss, who covers the Warriors for ESPN, is a regular on the podcast, the Dubs come up frequently but it's really a podcast that covers the entire NBA all the same. ESS's presence alone is enough to classify TrueHoop as a podcast on which the Warriors are sometimes, if not often, talked about. It varies in its coverage, but generally breaks down games, rumors, trades, and team strengths and weaknesses. New episodes come out every 1-3 days.

The Vertical Podcast with Woj 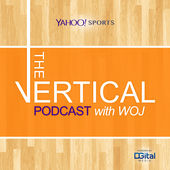 In truth, Woj's podcast has not focused a whole lot on the Warriors save for the two times Bob Myers has appeared and one other appearance by Klay Thompson. Still, given the respect that Woj's name commands in NBA circles, you never know when a player or someone from the Warriors' front office might make an appearance. If for no other reason, Woj is renowned for breaking league news and has the pull to get some of the league's most respected and revered names as guests. New episodes come out every week or so.

I'm sure there are a host of other ones I've omitted or neglected. Feel free to add any you listen to or particularly enjoy in the comments.