The Lakers come into the season after another underachieving effort and the loss of one of their best stars ever, Kobe Bryant. Looking for solid, championship level leadership they hired our old friend Luke Walton. Also, since it seems to be poaching season every June, they picked up Theo Robertson(honestly, I'm so glad they didn't get Jarron Collins) and brought him into the fold.

Bringing more pressure into the situation in Los Angeles is the self-avowed deal Jim Buss made with the rest of his family to step down as Head of Basketball Operations if the Lakers don't become contenders in the next 3-4 years. That edict was issued in 2014. It is of course 2016 and the Lakers are nowhere closer to contending then they were three years ago. Adding Luke Walton as coach was a good start but the 2016 Free Agency period was extremely underwhelming, to say the least. Let's take a look at their new additions. 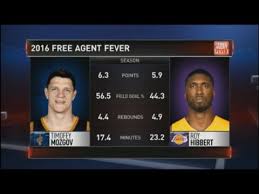 Timofey, he of the 93 points, 29 rebound stat line against our very own Dubs. Not sure what to make of this signing. Some suggested Cole Aldrich would have been a better fit on this team at a better price. We know that when Mosgov is on he can swallow up rebounds like none other but the question now is When will he be on? His last season with the Cavs was hampered by injuries and he never got too much serious run after Tristan Thompson got going. 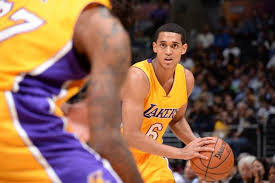 Re-signing Clarkson seemed like a foregone conclusion to most LA fans. He was rewarded with a 4 year, $50 million dollar contract and is hyped this offseason by some to achieve 20 points a game. Its possible. 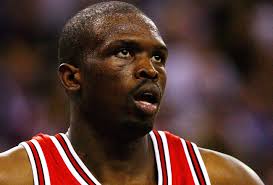 I would not have minded one single bit if the Warriors could've picked up Luol. 4 years, $72 million was a little bit out of our price range though. Should give LAL a solid interior presence on the defensive end and veteran leadership. Still, I can't help but feel that this FA period for LA is......Lacking? 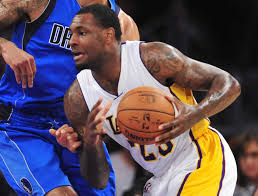 This list is beginning to depress me a little bit. And not because I have any sympathy for the Lakers. I feel sorry for Luke. Not counting on Tarik Black to be a game changer. Not sure that Jim Buss deserves another shot ... 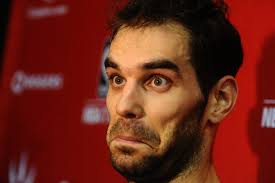 The look on his face says it all. 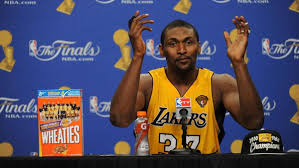 The Lakers have a bottom third NBA roster, there's no getting around it. The hiring of HC Luke Walton and AC Brian Shaw show a good effort by LA's front office to steady their young ship. Free agency was extremely underwhelming and Mosgov's contract was considered an overpay by most.

It would be foolish to put the Lakers in any serious conversation about playoff contention this year but this season Lakers fans should enjoy a semblance of an offensive plan and more attention to defense under Walton's tutelage. What will be most promising to look forward to is the development of D'Angelo Russell in addition to the salary cap that Bryant's departure left behind.

thanks to Basketball Jonez for his help on this article.