2017-18 Warriors Season Review: How Andre Iguodala proved his worth

Andre Iguodala always seems to come through when it matters the most.

Share All sharing options for: 2017-18 Warriors Season Review: How Andre Iguodala proved his worth

Fresh off their 2017 NBA Championship, the Golden State Warriors had 10 of their players headed into free agency -- an offseason that could imply dramatic roster overhaul for most teams. But Warriors owner Joe Lacob was emphatic: he had every intention of bringing back this championship team, and had an aggressive budget to do so.

From the superstar pairing of Steph Curry and Kevin Durant, through to the veteran pieces of David West and Shaun Livingston, the offseason was going smoothly -- right up until the extension talks for Andre Iguodala.

Though typically not known for an aversion to spending money, Lacob was concerned with the luxury tax implications of giving Iguodala a hefty contract. On the other end, Andre had little interest in taking a pay cut. Rejecting his first two offers from the Warriors, he began talks with other Western Conference teams, including the San Antonio Spurs and Sacramento Kings.

Reactions to Iguodala’s contract were mixed. Critics pointed to his age, declining output, and the luxury tax implications that would extend through Klay Thompson’s free agency. Tim Kawakami noted how there, “...can be a steep drop-off for 33-year-old wing players in this league.” Bob Myers acknowledged that the team was now over-budget. Some considered it the worst contract on the team.

In contrast, supporters pointed to his intelligence, defense, playmaking, and leadership -- not always reflected in the box score -- as immensely valuable.

So, for the first season of his new contract, was Iguodala worth the money?

If you went off Andre’s regular season performance alone, you could make a strong case for Iguodala being undeserving of his new and improved contract.

While we can’t fault him for playing a career low in minutes per game (he is getting old, after all), Andre also saw his points per 36 minutes drop to an abysmal career-low of 8.5, which was also the lowest of anyone else on the team.

Andre is often given credit for doing what the team needs from him, not always doing what’s necessarily the most flashy. However, in a year where our bench scoring was at its lowest, the team needed Andre to step up in this manner specifically. Instead, he regressed to have his worst year yet.

At the core of his offensive woes were a dramatic drop in efficiency. After posting an efficient field goal percentage of 53% during the 2016-17 season, Andre saw that number drop down to 46. However, nothing was more stark than his fall in 3-point percentage, which Iguodala himself admitted when he declared “I just suck” back in January.

Of all players to have been in at least half the regular season games and attempted at least one 3-pointer a game, Iguodala’s 28% 3-point shooting ranked 242 out of 253 (his protege Patrick McCaw was an even worse 250 out of 253).

Though traditional stats typically do not capture his value to the team, Andre has often been hailed as a “plus-minus master”: the team just does much better with him on the floor than with him off. But even in this regard, Iguodala saw a significant decline, as he posted a +/- of 4.3, his worst since the Philly days. His individual woes translated into team woes elsewhere, too: the famous ‘Death Lineup’ seemed to become ineffective.

While Iguodala’s defense, playmaking, and leadership remained steady through it all, rumors swirled early in 2018 surrounding the front office’s interest in acquiring a shooter like Joe Harris to compensate for Andre and the bench’s shooting woes. 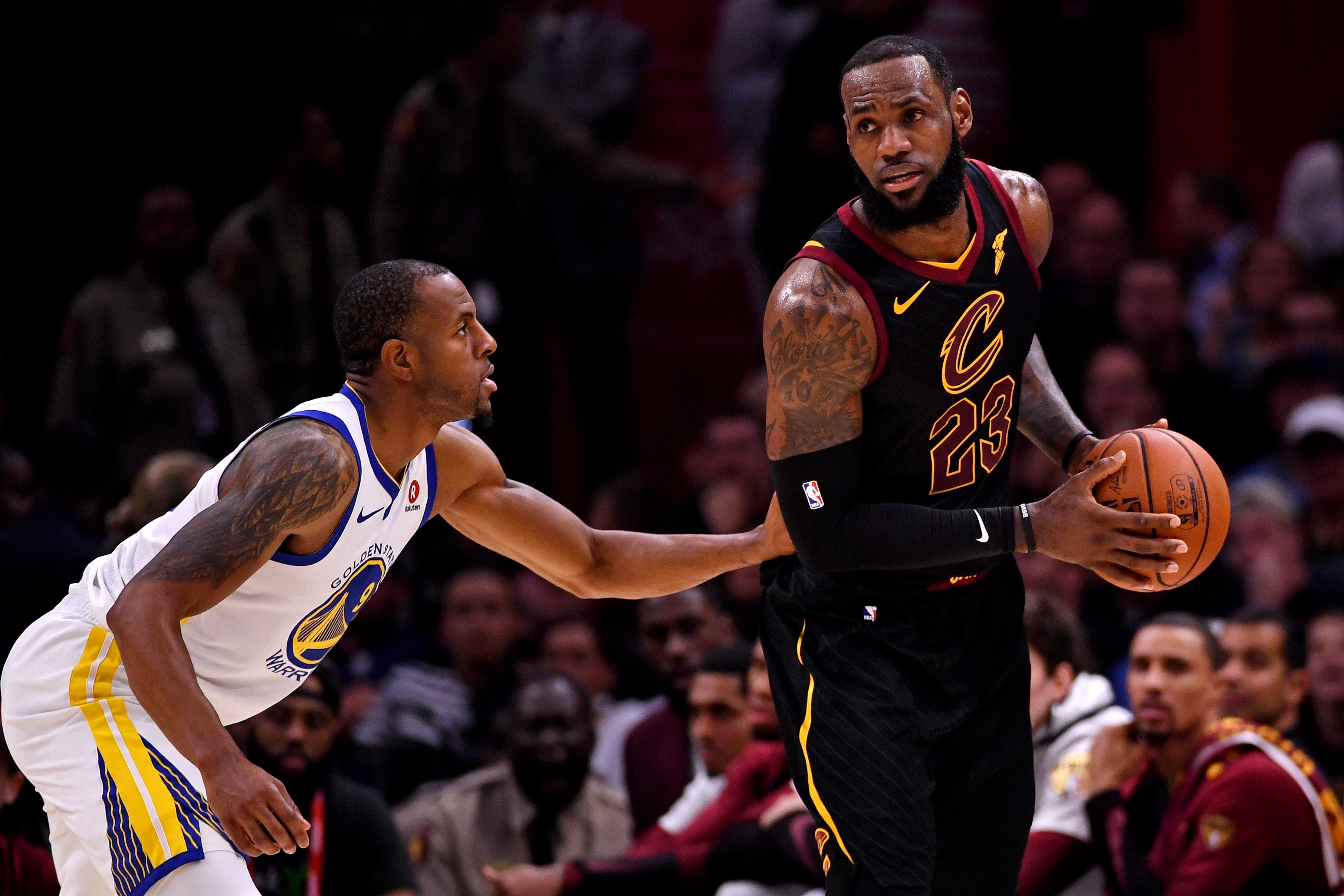 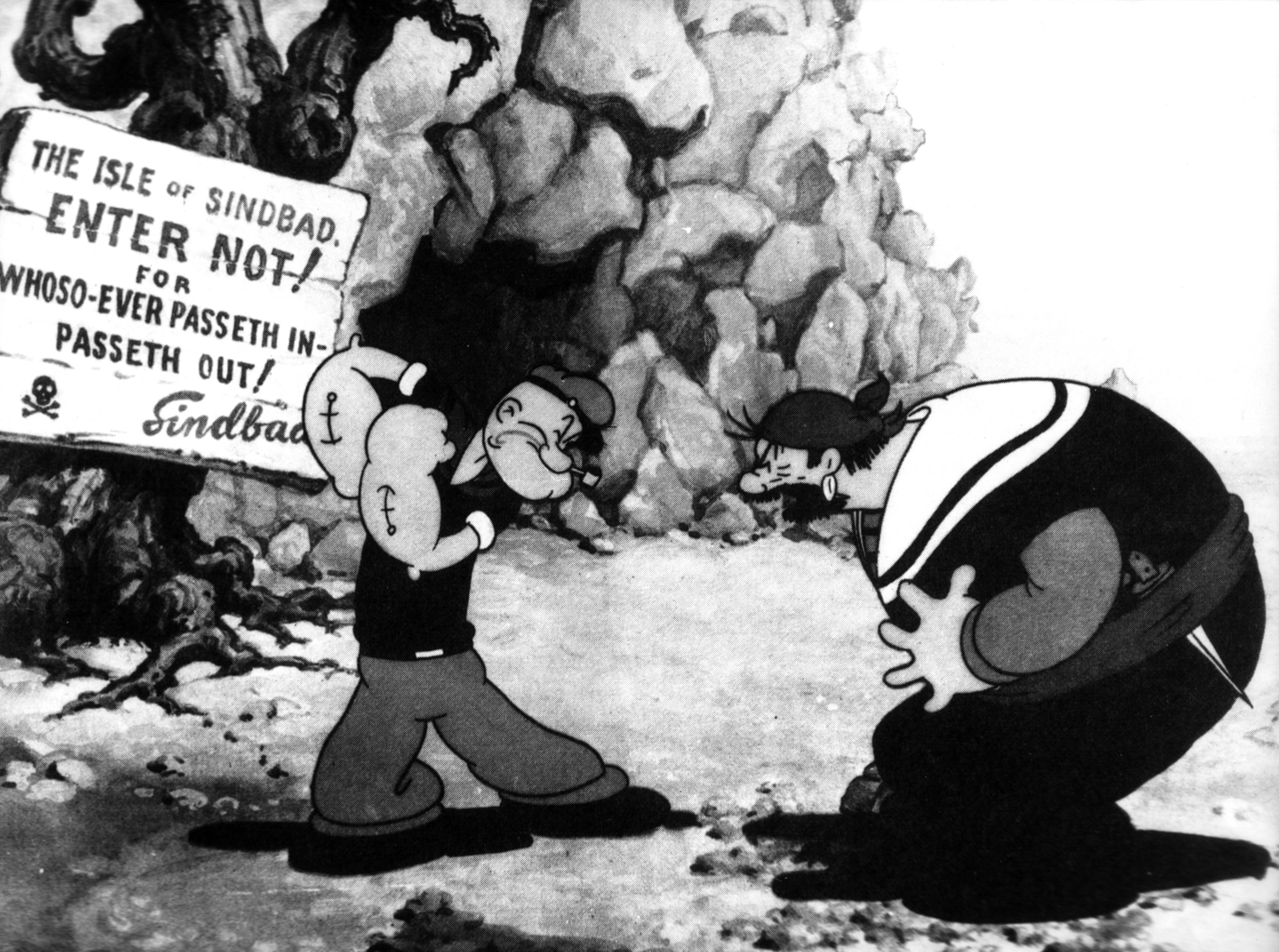 Throughout the regular season, fans kept wondering if the Warriors would ‘flip the switch’ in the playoffs. In hindsight, it certainly seems that they did, and this arguably happened the most with our beloved Andre.

The playoffs for Andre seem to be akin to spinach for classic cartoon character Popeye -- upon consumption, both turn into bigger and badder versions of themselves.

Admittedly, as a Warriors fan, I was nervous for the team (and Andre in particular) after the regular season -- but as a good friend of mine told me: “Watch for Iggy. He’s being paid $16 million this year, or $1 million for each playoff win.”

While the team found itself floundering at the end of the regular season in the absence of Curry, Steve Kerr’s insertion of Iguodala into the starting lineup gave life to the Warriors, helping them flip the proverbial switch to a 6-1 record against the Spurs and Pelicans with Iguodala as starting point guard.

Iguodala’s individual numbers reflected this team success as well. In the playoffs, Iguodala’s +/- climbed from 4.3 (his low with Warriors), to a postseason career high of 7.3. His shooting woes seemed to vanish as well, as he shot from over 70% from the free-throw line, nearly 38% from three, and nearly 50% overall. He was back! This was the Iguodala we know and love.

Warriors fans were also “treated” to seeing how the team would fare without Andre. The answer? Not pretty at all.

After stealing home-court advantage away from the Rockets (partly thanks to Andre’s defense on Harden), his Game 3 injury and subsequent absence threw the Warriors into disarray. The Warriors sloppily lost Games 4 and 5, close games that they arguably would have won with Iguodala’s defense, leadership, and calming presence. While the Warriors were able to bounce back after Chris Paul’s injury, Steve Kerr argues that the Warriors would have won in five games if Andre never got hurt.

Fortunately, Popeye was able to return in the 2018 NBA Finals to help finish what he started, resulting in his third championship with the team.

Coming back to the original question, was Iguodala worth the money on his new contract? From his performance and value in the playoffs alone, the answer has to be a resounding yes.

And, as a thought experiment: It turns out that Iguodala almost signed with the Houston Rockets during free agency. Had the Warriors not come back with their better offer, he may have ended up on our biggest rival. Given our struggles against the Rockets without him, would we have been able to beat them if he was on their side? No one can say for sure, but I for one am happy never having to find out.